Week two of conference play brings a pretty normal slate of uniforms. Utah brings back its annual throwback, for the second time this year already. The Utes wore the road version in week 1. Oregon trots out a rare combination that they have surprisingly only worn a few times in history. 7 of the 12 went with same color jersey and pants. 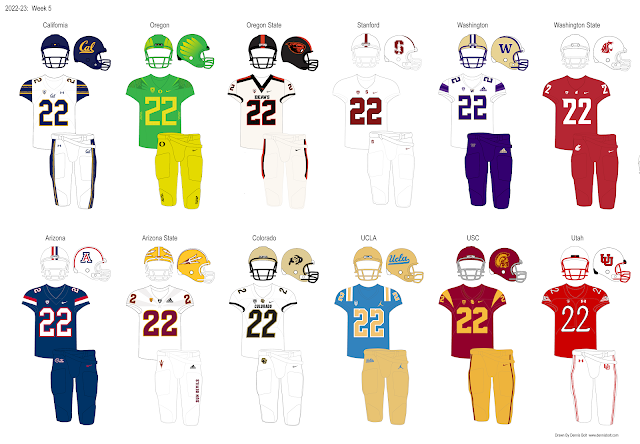 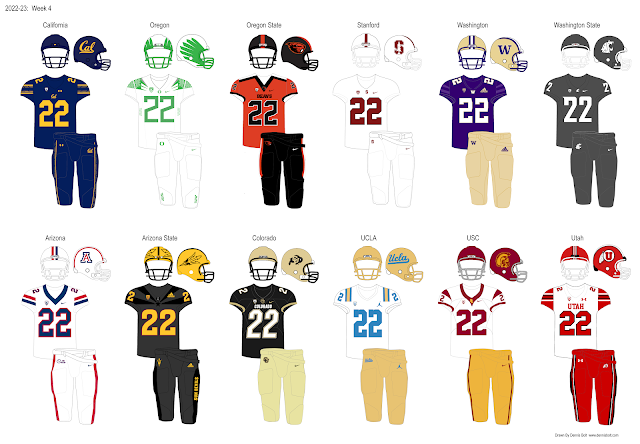 This week was an interesting study in contrasts. Oregon-WSU was mono gray vs. mono-white, while Cal-Arizona was similar all-blue vs. all-white. UCLA-Colorado was a battle of gold teams, with both wearing gold helmets and pants but black and white jerseys. The only special uniform was ASU in its "Dark Mode"  dark gray heathered set.

Posted by DENNIS BOLT at 3:38 PM No comments:

A color by any other name

Being that color is  major part of the theme of this blog (see my 2021 analysis of school color shades), I got to thinking of the cool, funny and ridiculous names that the Pac-12 teams use for their colors. This weekend both WSU and ASU wore dark gray uniforms. 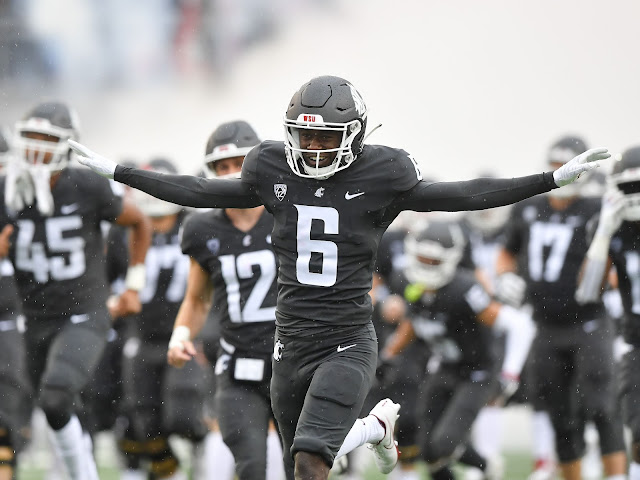 Washington State has a nice official palette of red and gray...or should I say "Crimson" and "Gray" But the shade of dark gray that WSU (and ASU) wore this weekend is alternately referred to as "Anthracite."  The official University Brandbook does not actually mention "Anthracite," and this currently-trendy moniker appears to be a Nike thing, which makes sense since the teams that flaunt it are Nike teams. A quick Google image search shows Purdue, Arkansas, TCU, Air Force and Kentucky being the most common teams to join WSU in this name:

But calling dark gray by this name has been all the rage in this decade of ALL consumer products being gray! Its certainly sounds cool, but who actually knows what anthracite is? Well I'll tell you...it's basically coal, and the name is just a cooler way of saying charcoal gray. 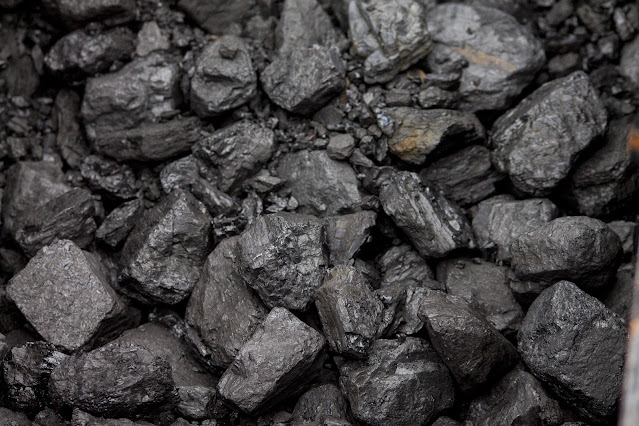 Read more »
Posted by DENNIS BOLT at 4:25 PM No comments: 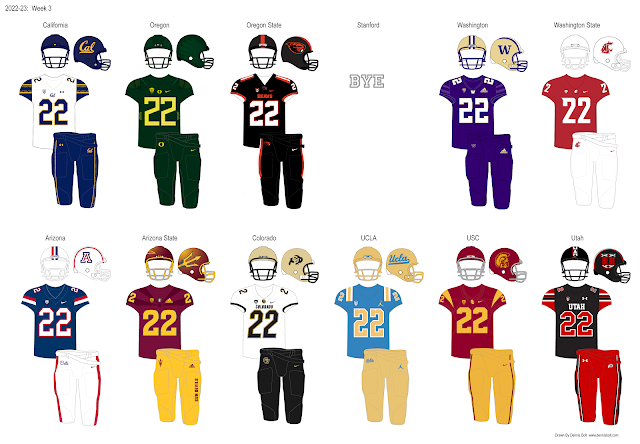 Posted by DENNIS BOLT at 9:50 PM No comments:

Nothing dramatic this week, except new yellow/black helmet for Ducks, Sparky head helmet for ASU and rare use of silver helmet for Colorado, and uncommon use of white pants for Cal. Utah was the only mono team this week. 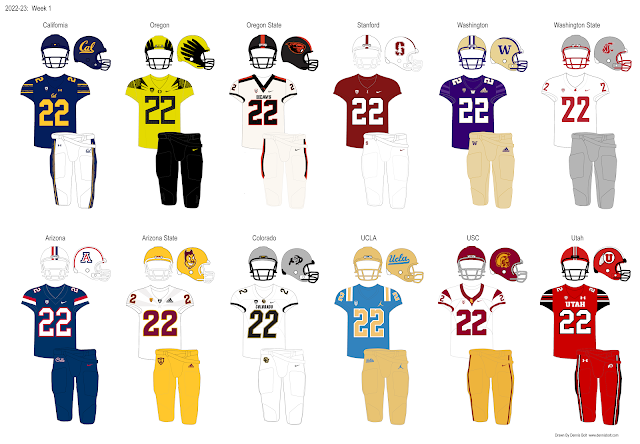 The Pac-12 had a quiet offseason from a uniform standpoint, despite the USC/UCLA announcement of the LA school moving to the Big 10 in a couple seasons. Oregon, Washington and USC all have new coaches but not seemingly new uniform philosophies. WSU's coach was interim last season but gets to put his stamp on the program this season.

Week one had a relatively normal slate of uniforms and nice mix of color since 9 of the 12 were home and the Ducks went color-on-color vs Georgia. The only unique element was Colorado going with a retro looking helmet with stripe and CU monogram instead of buffalo. 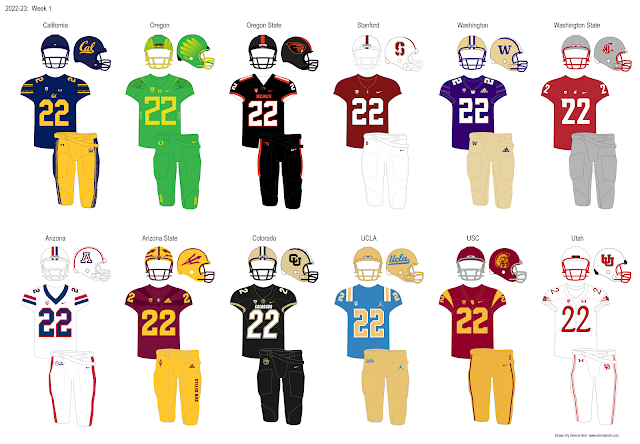 MY Personal ranking of the Pac-12 uniforms

I've been covering the Pac-12 and Ducks for many years now and typically shy away from really biased remarks about a member school's uniforms, but I usually do give a bit of opinion. Being the Dog Days of Summer and the midst of a pretty important shift in the Pac-12 in coming years, I figured it might be time to think about the Pac-12 for the first time since January. Now, don't get me wrong, there are no really bad sets in the Pac-12. Even my last place one would probably rank in the middle of other conferences. 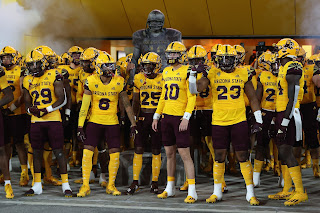 12. Arizona State: While I applaud their attempts, the combinations that have come out lately have been a bit garish. Maroon and gold are a good combo but not my personal favorite. And the sweatshirt heather gray just feels odd. I do like how they integrate the flag starburst into the look though. 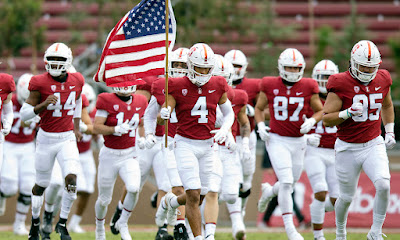 11. Stanford: While I appreciate the simplicity of the  traditional set, that is about all it has going for it. This is a visual ranking so the kinda simple red/white just sorta sits there. The away, all-white, is especially bland. And the black versions are just not all that exiting either. Maybe some pant or sleeve stripes might help. Utah is much higher in this ranking and they have similar color scheme but more details. 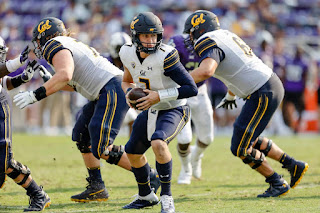 10. Cal: Oddly enough my critique of Stanford might be also applied here, but my main complaint with Cal is that they under-use of their blue/gold combo and tend to err on the side of too dark a navy blue and not enough yellow mixed with the navy. Their throwback set with brighter blue and gold is great.And I'm not a script logo lover, so would love a bear paw helmet or anything else besides the Cal. 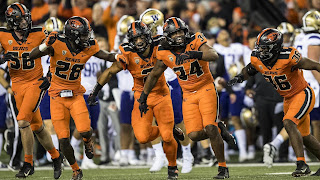 9. Oregon State: Being an Oregon fan I love/hate OSU. But their uniforms of late have been real hit and miss. Too many mono-sets. At least they no longer use the "sports bra" color swatch on jersey, but I'm not a fan of the cream white. Nice wood texture  on the numbers though. 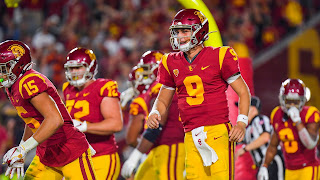 8. USC: The main points they get are for tradition and being consistent. I like the brighter red/gold way better than ASU's similar combo. 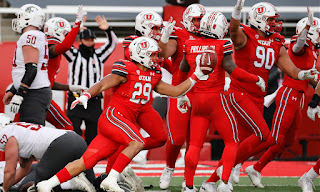 7. Utah: I want to like Utah more, but they are in the trap that Oregon was in a few years ago. They want to have fancy mix-match uniforms but make a few oddball choices just to show off. Black, white and red are a strong combo though. 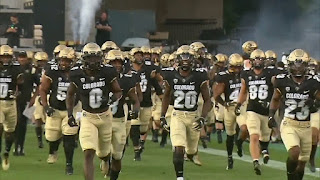 6. Colorado: they quietly have had quite the nice rotation of colors but in a very restrained way. My only knock is that their versions of black/gold/gray can be a bit dull. 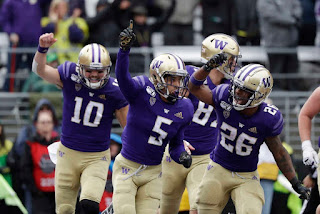 5. Washington: Purple is one of my favorite colors after green. But UW's purple can sometimes shift too far into navy blue. 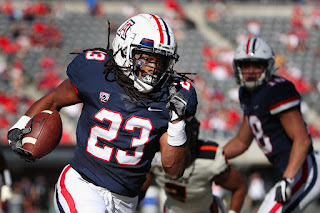 4 Arizona: Last year they ditched the gradients and oddball fonts and went back to simple and elegant with reasonable mix-match of red, white, blue. This is what Stanford should try to do. 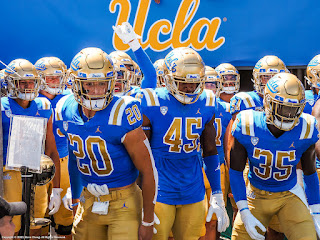 3. UCLA: Great bright colors and tradition. If they had a better alternate logo I'd say ditch the script logo, but it is iconic (more so than Cal) 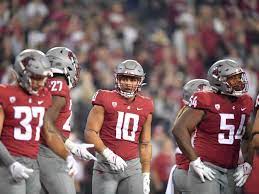 2. Washington State: they have a great helmet logo and you might say their colors are like Stanford, but having two shades of gray as official colors just makes that combo really elegant. 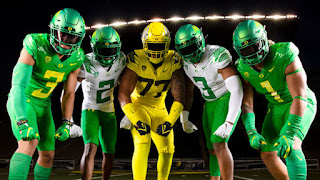 1. Oregon: I'm Duck fan for good reason. While I didn't like the "eggshell" look and too much "nightmare green," the classic bright green and apple yellow is one of the best combos in all of CFB. And their helmet rotation has matured to point of having several iconic designs that give the other bluebloods a run for the money.

Posted by DENNIS BOLT at 7:30 PM No comments:

DENNIS BOLT
I am a freelance graphic artist, designer and photographer, who also happens to have two young boys at Pleasant Hill Christian School, a small private school in Sebastopol, CA. I teach art to the 60 kids at PHCS.